morleyss 6 ヶ月ほど前 14
"The left horizontal stabilizer of the Air Canada 777 hit the parked A321 and caused the narrowbody jet to spin around."

"horizontal stabilizer" - actually, the part of the 777 we see striking the tail of the A321 is known to us in the industry as a "wing".
返信 ↓•パーマリンク•Report

Steve Western 6 ヶ月ほど前 1
Wing walkers anyone??? It would be interesting to have the “aviation specialist” reporter explain how it’s possible to crash a horizontal stabilizer into a parked aircraft. If it’s upside down and being towed backwards.....
返信 ↓•パーマリンク•Parent•Report

sanil4 6 ヶ月ほど前 10
Looking at the Video posted online, it looks very clearly "Left Wingtip of the 777" hitting the A321.

sparkie624 6 ヶ月ほど前 10
The news media does not know the difference... LOL
返信 ↓•パーマリンク•Parent•Report

Victor Tango 6 ヶ月ほど前 6
Since when did JFK and YYZ become the #1 & 2 busiest airports in North America???

"Around 50 million passengers use Toronto Pearson International Airport each year and it is the second-busiest airport in North America after New York JFK."
返信 ↓•パーマリンク•Report

lesoreilly 6 ヶ月ほど前 4
I agree -- but they used the Total PAX count.....My guess is that they meant to say 2nd Busiest in the North East of North America :)......But everyone knows that ATL is the craziest of them all :)
返信 ↓•パーマリンク•Parent•Report

Steve Western 6 ヶ月ほど前 1
All those figures are off, the ATL is the busiest airport in the US with over 100 million passengers coming and going. LAX should also be in the mix “In 2018, LAX handled 87,534,384 passengers, making it the world's fourth busiest and the United States' second busiest airport following Hartsfield-Jackson Atlanta International Airport. As the largest and busiest international airport on the U.S. West Coast, LAX is a major international gateway to the United States, and also serves a connection point for passengers traveling internationally”

If you count only International passengers JFK is the busiest followed by Toronto Pearson. That must be where the confusion lies. “Pearson is the second-busiest international air passenger gateway in the Americas, and the 30th-busiest airport in the world by passenger traffic, handling 49.5 million passengers in 2018”
返信 ↓•パーマリンク•Parent•Report

Iain Robertson 6 ヶ月ほど前 0
Does it matter at all to the nature of incident? Of course not.
返信 ↓•パーマリンク•Parent•Report

Dan Grelinger 6 ヶ月ほど前 4
No, but it does matter that this article has more than one serious factual error. Should we hold our media to high standards?
返信 ↓•パーマリンク•Parent•Report

paul gilpin 6 ヶ月ほど前 4
pick on someone your own size.
返信 ↓•パーマリンク•Parent•Report

Dale Ballok 6 ヶ月ほど前 3
One last comment on this...
Having worked on the ramp for 15 yrs, I do have SOME knowledge of a/c movement.
That being said, wing walkers are used in highly congested areas ie the gate areas.
A plane coming into a gate is met by wing walkers because of all the service trucks, baggage carts, etc. moving and parked.
The plane (with wing walkers) is pushed back from the gate at a walking speed for the comfort/safety of the pax, and so the walkers can stay with the plane.
The guide lines are laid out everywhere on the “tarmac” to ensure clearance between passing a/c. Applies everywhere: gate areas, taxi areas, etc.
Don’t think this is the first time a wide body a/c moved behind other planes parked at the gate. Again, this 777 could have been under power and the same thing would have occurred. Apparently the 321 wasn’t pulled far enough into the gate. I agree about safety being a major concern, but common sense and practicality also are a factor.
返信 ↓•パーマリンク•Report

Dale Ballok 6 ヶ月ほど前 2
Apparently, not too many people who posted comments here are familiar with ground ops/towing procedures!
Needing a wing walker? ...would be a nice safety addition, but not practical, due to the long distances and speed at which a/c are towed. BTW, as stated, the towing speed is regulated, deceiving to the observer, but faster than a walking speed.
返信 ↓•パーマリンク•Report

Steve Western 6 ヶ月ほど前 2
When it comes to expense, the cost to repair an airliner with a breached skin or damaged appendages is in the millions. Add in the loss of revenues when the aircraft is out of service and you can pay for a lot of minimum wage wing walkers when the tow is in a congested area. No need for these guys unless space is tight, it’s a cheap safety valve when they are, of course they must be radioed up to be effective
返信 ↓•パーマリンク•Parent•Report

John Smythe 6 ヶ月ほど前 3
Hey, this is in Canada- he may have been rolling a joint
返信 ↓•パーマリンク•Parent•Report

Steve Western 6 ヶ月ほど前 3
It gets cold up north, who can’t fault a guy for needing a little oral reinforcement or Liquid fortification?
返信 ↓•パーマリンク•Parent•Report 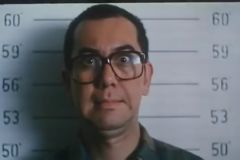 Iain Robertson 6 ヶ月ほど前 4
An apron, or ramp, is NOT a taxiway. At many airports, aprons are not controlled by ATC.
返信 ↓•パーマリンク•Parent•Report

Greg S 6 ヶ月ほど前 -1
I had no idea aircraft could be towed that fast. Seems insane. Do they require a pilot in the aircraft on these high-speed tows?
返信 ↓•パーマリンク•Report

brock55 6 ヶ月ほど前 9
There would not be a pilot in the aircraft under tow like this one. Most airlines that use the tug like this have trained ground staff in the cockpit a brake rider. That person monitors the APU and will set the aircraft brakes upon arrival at its gate, remote pad or tech ops. I did this job for many years and was fortunate enough to not be part of an incident. It's hard to tell from the video but a couple of questions would be: 1- Was the A321 parked in the proper spot on what looks like a remote pad or gate? 2- Was the tug driver on the centerline due to the aircraft that had pushed from the other gate. The speed that someone mentioned is not as fast as it appears and it can be deceiving

Stopping the tug with a half million pound aircraft behind is not like stopping your truck or car with a trailer. It does not stop on dime despite having the brakes pressed to the floor.
返信 ↓•パーマリンク•Parent•Report 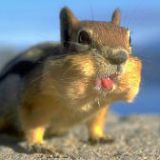 Bob Harrington 6 ヶ月ほど前 1
Quick eyeballing guestimate ism it was moving at about 14 kph / 9 mph before it hits, based on time to pass fixed light tower.
Seems like it slows almost to a stop a few seconds afterward, but then accelerates a bit as the clip ends(?)

Paul Parish 6 ヶ月ほど前 -1
TARMAC? What the hell is tarmc? i am sick of hearing this term, which is really a form of paving, used to refer to runways, taxiways, ramps and aprons...Just more evidence of journalistic incompetence
返信 ↓•パーマリンク•Report

Steve Western 6 ヶ月ほど前 1
Tarmac is a British term for a tar and sand mixture. Yes, the talking heads use it constantly and it means nothing. We have gates or the gate area, the apron, taxiways and runways on the airside we don’t have tarmacs.
返信 ↓•パーマリンク•Parent•Report

I hate that the tug driver didn't seem to stop after the hit. Wouldn't he/she have felt the change to the load or maybe looked around and saw the 321 moving around? And the 777 already returned to service? I wouldn't want to have flown on that plane right away.
返信 ↓•パーマリンク•Report

sparkie624 6 ヶ月ほど前 4
No... Keep in mind that the massive weight of the plane, when it hit, probably never felt a thing... The tug is pretty heavy as well... Once in Motion, stays in motion... Takes a lot to stop that quickly!
返信 ↓•パーマリンク•Parent•Report

Dale Ballok 6 ヶ月ほど前 3
Greg Held, you have no idea!
The Airbus was probably improperly parked. Someone on the ground should have noticed the lack of clearance.
Again, PLANES UNDER TOW DO NOT HAVE WING WALKERS! A wing walker would have to trot/run to keep up with the towed plane.
Another thing...this incurrence could have easily happened also if the plane was taxing under power. It wouldn’t have a wing walker in that instance either!
返信 ↓•パーマリンク•Parent•Report

Steve Western 6 ヶ月ほど前 1
I beg to differ, When wing walkers are mentioned nobody is thinking of a bunch of people in company coveralls and steel toed boots trying to race a TUG pulling a 777 to the hanger. When a Southwest Jet is pushed back from the gate at PHX there are wing walkers to make certain the aircraft they are directing doesn’t clip another company 737. The wing walkers stick with the aircraft until it’s out of the congested area. My wife was with America West when the same employee was taught baggage handling, wingwalking, operating the TUG, working the counter or gates along with being on the cabin crew. Later the program was dumped and she just worked as an FA. She would certainly be willing to paint a different picture than what you are claiming. Now America West/US airways are Part of American Airlines I don’t know how they use wing walkers , I do know that WN still does. I don’t know the details of this latest AC fiasco if the TUG operator was flying much too fast for the circumstances or if they were properly centered on the center line of the correct taxiway. I do know that other carriers avoid situation such as this by using wing walkers to work their way through congested parking areas as well as the gate area. That goes for pulling an aircraft into the hanger also.
返信 ↓•パーマリンク•Parent•Report

8literbeater 6 ヶ月ほど前 4
You think every airplane in maintenance should have a few wing walkers following it around? I would think that the first step would be to tow the plane on the little yellow line.
返信 ↓•パーマリンク•Parent•Report

pjdm 6 ヶ月ほど前 3
this aircraft was not in maintenance, it was being moved on the tarmac at an active airport. it is not different than any other movement. it is a hundreds of millions of dollars in assets being moved by one person. The risk of damage is enough to put a spotter on these large movements. It is practice at any ramp I've been on and labour is cheap compared to the risk of something happening. Yellow line or not, that isn't the issue. Common sense says put someone with eyes on the moving target and let the driver drive the yellow line. He/she can't do both perfectly and 100% of the time as we've seen at Pearson over the last few years.
返信 ↓•パーマリンク•Parent•Report

Supercool Marmol 6 ヶ月ほど前 2
I'd love to see the wing walkers running down the runway as each plane takes off!
返信 ↓•パーマリンク•Parent•Report

pjdm 6 ヶ月ほど前 1
I agree with you. Looking at the number of incidents at Pearson where wings have collided, wing walkers are cheap compared to the damage. It is silly logic to have one person on that size of aircraft at night with other aircraft close by. Even trailers on the highway have followers and spotters. AC will figure it out eventually.
返信 ↓•パーマリンク•Parent•Report

patrick baker 6 ヶ月ほど前 -7
no body needs to be in that much hurry, or be that understaffed, that this example of carelessness need occur. Nobody walking wingtip patrol? are you serious????.. If there were indeed not enough observerers, why did't the tug driver pulling the 777 swing way more right so as to safely pass by the 321?? Safety consciousness and uncommon sense needs to be cultivated.. That is what middle-management is for, eh???
返信 ↓•パーマリンク•Report

CKY 6 ヶ月ほど前 5
Sounds like it was being towed to the hanger so no, there wouldn't be any wing walkers.
返信 ↓•パーマリンク•Parent•Report

chalet 6 ヶ月ほど前 11
Hangers are for clothing, HANGARS are for housing aircraft. Sorry about that.
返信 ↓•パーマリンク•Parent•Report

sparkie624 6 ヶ月ほど前 3
If it is a High Speed movement to the Hangar with the Long Haul tugs you are correct... they are supposed to say well cleared and follow ATC direction.
返信 ↓•パーマリンク•Parent•Report