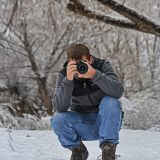 alex kropf8 年前
how do get those rotors outlined?
Report 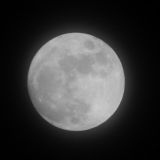 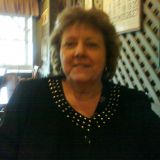 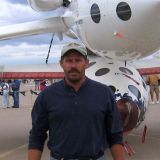 Willard PoolePhoto Uploader6 年前
this was taken using a Canon EOS Rebel using a 85 mm zoom, exposure turned way up. tripod, I am just an amateur but I played around with a bunch of settings. The rotors caught the beacon flashing and it ended up looking like that. Took this in Trenton, ON. Sometime in December
Report

Greg Byington6 年前
The best explanation of the halo effect is probably this one found at http://self.gutenberg.org/articles/Kopp-Etchells_effect:

"When operating in sandy environments, sand hitting the moving rotor blades erodes their surface. This can damage the rotors and presents serious and costly maintenance problems."

"Abrasion strips on helicopter rotor blades are made of metal, often titanium or nickel, which are very hard, but less hard than sand. When a helicopter flies low to the ground in desert environments, sand striking the rotor blade can cause erosion. At night, sand hitting the metal abrasion strip causes a visible corona or halo around the rotor blades. The effect is caused by the pyrophoric oxidation of eroded particles."

Having said that, I have to also say that I am a little bit skeptical as to whether this is actually your photo, Willard. First of all, the conditions in and around either CYOW (as you list at the top), or CYTR (the Canadian air base at Trenton, Ontario) do not appear to be very conducive to producing this effect, i.e. not a sandy, desert-like environment. Most of the photos I've seen online were taken in Afghanistan by Michael Yon. So, that is odd. But maybe, Willard, you are in the Canadian armed forces and have access to night operations involving CH-47's there at/near CFB Trenton. I don't know.

But the other problem is that I've seen your photo in/on multiple other web sites. For example here:

Now, there is no specific attribution listed under "your" photo, but there is under the one above it, and it states: -Photographs by Michael Yon [Sangin, Helmand Province]. There are only two photos in the article so I'm thinking that "Photographs" (plural) probably applies to both of them.

In any case, this is a great photo (I gave it a 5) and well deserving of all the votes/views. I just hope I'm wrong and it really is yours.

And if anyone is interested, here is the link to Michael Yon's website and his explanation of the effect with lots of pictures: 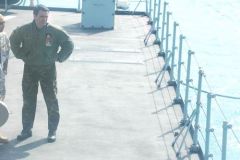 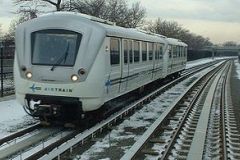 dbkoob4 年前
Oh wow that looks awesome. Museum Quality. I would actually try to sell this. You could probably make a profit selling copies of it.
Report

Curtis Glasco3 年前
If you have never been on a military aircraft I'd say the biggest difference between civilian and military aircraft is one is built for comfort and the other for utility. I spent alot of time on CH53 and 46 in Iraq and Afghanistan when I was in the Marines.
Report

Benjamin Goldstein2 年前
Makes it look like there are two dwarf galaxies in the background.
Report 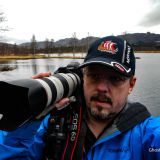 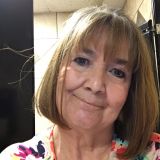 Bill Bagley丁度一年（虎舞流ｗ）前
"Having said that, I have to also say that I am a little bit skeptical as to whether this is actually your photo, Willard."

Yep, Willard Poole stole this one from famed Army photographer Sgt. Michael J. MacLeod. He's lying when he says he took it at YOW with a Canon EOS Rebel.

From the photo caption on the Army.mil site:

May 23, 2012 - Photo by Sgt. Michael J. MacLeod
Dust lights up rotors of CH-47 Chinook helicopter as paratroopers with 3rd Squadron, load for an air assault mission -

Dust lights up the rotors of a CH-47 Chinook helicopter as paratroopers with 3rd Squadron, 73rd Cavalry Regiment, load for an air assault mission near Combat Outpost Ab Band, May 23, 2012, in Ghazni Province, Afghanistan. The unit is part of the 82nd Airborne Division’s 1st Brigade Combat Team, which deployed to the area in March to help bring security to the areas along the country’s main road between Kabul and Kandahar.