送信時刻：3 年前
Bishkek, Jan. 16 / Kabar /. Cargo airplane crashed in Kyrgyzstan due to poor visibility because of thick mist, the sources of Manas airport told Kabar Agency. The airplane Boeing 747, the flight # 6491 heading to Bishkek from Hong Kong crashed outskirts of the capital city of Kyrgyzstan on Monday early morning. the plane was to be landed at 7.20 am at Manas airport, the source said. (www.eng.24.kg) さらに... 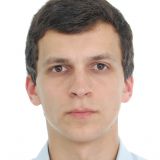 Jason Bell 3 年前 5
'Wet lease' B747-412F cargo flight, the 400-series range is 7,260nm, almost 1.7x distance of Hong Kong to Istanbul. It doesn't, flies to Bishtek to refuel because lessee, Turkish Airways, wants to save a few bucks. We've seen this before.

FZFG, vv 100', rwy vis. 300'. No prudent flight crew would entertain the notion of messing with. But this crew does because, and also judging by the lack of ground fire, nearing fuel starvation, as indentured flying servants trying to earn a living.

This 747 was last recorded 150' above ground, about 160kts. Crew wouldn't be seeing the ground or anything. Aircraft tracked the runway heading the whole distance without seeing any part. FZFG is super cooled water droplets. An inaccurate term because, once collide with jet aircraft leading edges and fan blades, form ice. And the only way to avoid loss of control from ice buildup is to pitch the nose down to gain speed, conditional on having sufficient altitude. They didn't have this.

This 747 never gained positive climb. It floated out of 150' toward and impacted a community of houses. What a nightmare, all because cheap MBA suits in Istanbul didn't want to fuel up in Hong Kong.

The cause of this disaster is corporate greed and air crew slavery. All ground casualties occurred because Turkish Airlines is too cheap to pay a few measly bucks more for gas and the indentured crew have no choice but to risk everything to make a living. It's disgusting and much more frequent than appears. All it takes is bad weather or unforeseen snags, like Colombia, to expose that there are a whole lot of operators that should never fly. Rant over.

Does it matter as they screwed up on the approach.
返信 ↓•パーマリンク•Parent•Report

william baker 3 年前 7
I can't really say this is crew error just yet but when you have a airport sucked in with thick smog or fog and other planes landed safely then you have a 747 on approach without any mayday call or emergency on board it makes it seem like it's pilot error. But over all let's wait till the boxes are downloaded and studied fully before making a full reason for this crash. Also I wish the best for the people in the hospital and wish them the faster recovery. As for the people that died my condolences to them and there friends and family and let them Rest In Peace.
返信 ↓•パーマリンク•Parent•Report

ToddBaldwin3 3 年前 0
Way too early to even begin to speculate.
返信 ↓•パーマリンク•Parent•Report

Ian Deans 3 年前 4
That is an unnecessary comment until we know more details. Maybe they did, or maybe there were other factors. The fact is that there are sadly many fatalities and many more whose lives will never be the same. Let's be symapathetic please until we know more.
返信 ↓•パーマリンク•Parent•Report 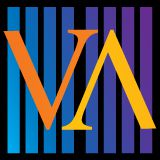 Erik Davis 3 年前 1
Although the 747-400 is now an older airplane, even without modifications, it is still one of the most sophisticated airplanes out there. It can land itself. I am puzzled how an air crew could have crashed this plane if the plane was in good working order.
I will be the first to say I don't know much about the circumstances of the crash other than it crashed.
This was a supposedly highly trained crew.
In the US under CFR 14 FAR Parts 121 and 135, if the visibility is under the prescribed minimums an approach can't even be attempted.
Not sure about Kergystan, but under US law if it were a US crew the law would be in effect.
Therefore since it was an EU crew the same factors would have been in place.
In my opinion, there was a breakdown of the crew capacity during the approach, fatigue, lack of cockpit monitoring and challenging or a catastrophic mechanical failure.
One of the largest problems in cockpits is fatigue, brought on by long hours, irregular sleeping patterns and boredom.
The investigation needs to look at the crews recent flight history. Accidents occur because of a chain of events leading to an outcome.
返信 ↓•パーマリンク•Report

alex hidveghy 3 年前 1
Not sure Turkey is in the EU......and there is little if any fatigue on a flight from HKG. They hadn't even reached their final destination. This was just going to be a fuel stopover.
返信 ↓•パーマリンク•Parent•Report 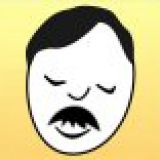 A Turkish cargo jet has crashed near Kyrgyzstan's Manas airport, killing at least 32 people, most of them residents of a village struck by the Boeing 747 as it tried to land in dense fog, Kyrgyz officials said.

According to the airport administration, the plane was supposed to make a stopover at Manas, 25km north of capital Bishkek, on its way from Hong Kong to Istanbul on Monday.

patrick baker 3 年前 -2
memo to all pilots who wish not to die in a similar crash: go around, and alternative landing site with weather above minimums. Don't go where you can't get in. Being stupid will get you killed. 100% pilot error story. no wiggle room any other way....
返信 ↓•パーマリンク•Report

honza nl 3 年前 3
memo to patrick baker: they did make a go-around, and about 1 mile after the end of the runway they flew into the ground. One of the too many cases recently where pilots screw up a go-around....
返信 ↓•パーマリンク•Parent•Report

alex hidveghy 3 年前 1
You know all this because you were on board? Pre speculation on your part! And I dare say, you have no idea what pilots do while training or to get certified. It's FAR too early to say what happened. You can certainly tell the amateur aviation folks on this thread by their comments.
返信 ↓•パーマリンク•Parent•Report

GONZALO SANABRIA TARAZONA 3 年前 0
t is unfortunate that accidents happen in the aviation sector worldwide, causing a number of victims. But still aviation is still a very safe way to transport people and cargo. What happens is that because of the impact of the information each air disaster is very shocking.
In Colombia, according to statistics from the Observatory of the National Road Safety Agency attached to the Ministry of Transport, by the year 2016, 6800 people were reported killed in road traffic accidents, giving an average of 18 people killed per day and 41,640 people Injured the year.
However, the controls and standards must be in place, so that accidents do not occur due to negligence such as the succession in Colombia, with the plane that was carried by the Brazilian soccer team.
返信 ↓•パーマリンク•Report