送信時刻：5 年前
On Friday, three major US airlines’ ban against so-called "hoverboards" goes into effect. American, United, and Delta banned the devices on Thursday out of concern that their lithium ion batteries could be a fire hazard on a flight. According to the Los Angeles Times, British Airways will also reject the self-balancing devices. In a statement, Delta said that it had "reviewed hoverboard product specifications and found that manufacturers do not consistently provide detail about… (arstechnica.com) さらに...

Loral Thomas 5 年前 8
Considering the fires that have broken out with these things I don't even want one in my house let alone 33,000 ft.
返信 ↓•パーマリンク•Report

linbb 5 年前 7
Its about to the point of not letting them on any AC no way no how. Only a matter of time before there is another accident with them on a plane. Just saw a video of a hoverboard going up in flames inside a mall. The fire was extremely hard to put out considering the size of the battery's.
返信 ↓•パーマリンク•Report

Loral Thomas 5 年前 7
Saw that one. Also one burned down a house and another caught on fire on the sidewalk. That's enough for me - not on my airplane.
返信 ↓•パーマリンク•上位•Report

This article gets the battery size incorrect.

Also, lithium ion batteries must be removed from this type of mobility device and battery terminals protected from short circuit. The lithium ion batteries must be carried in carry-on baggage only. The passenger must advise the airline of the battery location and the airline must notify the Pilot-in-command of the battery location in the cabin.
返信 ↓•パーマリンク•Report

Torsten Hoff 5 年前 4
The difference is that everybody and their uncle is rushing to cash in on this fad with cheaply made, mass-assembled products using components from the lowest bidder. That doesn't happen with electric wheelchairs.
返信 ↓•パーマリンク•上位•Report

Kenneth Schmidt 5 年前 2
Most Wheelchairs and scooters are built with lead acid or gel-cell batteries, not Lithium-ion.
返信 ↓•パーマリンク•上位•Report 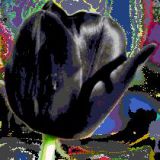 Saskia Priscilla Oberholzer 5 年前 1
That's right! At least, security comes first. And, as said in the article, ...manufacturers do not consistently provide detail... What am I thinking about this? WHY is it the manufacturers don't provide important details?
返信 ↓•パーマリンク•Report

Huston Crutchfield III 5 年前 1
The picture of the one in the mall, reminded me of an incident I saw when stationed in Nam. Trying to put the fire out on magnesium brake on An A1e Skyraider with water just didn't happen, until the fire department showed up with foam that extinguish the flames.
返信 ↓•パーマリンク•Report

'The main reason of the suddenly-popular scooters overheating and eventually exploding or catching on fire is believed to be the low-quality Li-ion batteries installed by Chinese manufacturers. Due to a legal kerfuffle between patent holders, the market was seen as open and unregulated by a number of sellers who ordered the hoverboards in bulk from China, cutting corners on quality control.'

Well, who'd have thunk that the Chinese manufacturing industry is capable of constantly producing low quality products, with poor or no QC, and whose specifications relating to capabilities, are straight-out lies??

In addition, you can also expect your Chinese product manufacturer to consistently lie about their product fully complying with the relevant National Standards of any Western industrialised country.
It's little wonder that the Chinese President is currently pursuing a major campaign against corruption, bribery, fraud, and criminality, right throughout China. It's long overdue.

The book entitled, "Poorly Made in China", may be quite a number of years old now, but it's still very relevant, despite the Chinese protests that it's not.
返信 ↓•パーマリンク•Report

WALLACE24 5 年前 1
And they have a plethora of rival countries exporting crap too. For decades the japs held that crown but China is now the undisputed king.
返信 ↓•パーマリンク•上位•Report

ken young 5 年前 1
This is a good opportunity to call out and expose those whop designed this product and ask them what it was they were thinking about.
返信 ↓•パーマリンク•Report

Ric Wernicke 5 年前 1
I can't understand why cpsc has not taken these off the market? We had some at the office to evaluate and they are cheaply made, and the battery system is a fire waiting to kill someone.
返信 ↓•パーマリンク•Report

CaptainFreedom 5 年前 2
This is the kind of society we have now evolved into.....create a fad product and get it to market and make a lot of cash as quick as possible....before everyone else copies with cheaper versions.....grease the required regulatory palms so that we don't have any regulatory safety hassles in our way.....the sad thing in all of this is I think they have a cool product....it's lack of ethics and insatiable personal greed that are getting in the way.
返信 ↓•パーマリンク•上位•Report

lynx318 5 年前 1
Are the batteries directly the problem or is it only when they are fitted to these mobility devices? (Can't bring myself to call them "Hover-boards", too much a BTTF fan.)
返信 ↓•パーマリンク•上位•Report

WALLACE24 5 年前 1
I can think of lots of BANS they could implement. Lol
返信 ↓•パーマリンク•Report