送信時刻：4 年前
The Federal Aviation Administration would be required to set new minimum requirements for seats on airplanes under legislation to be considered in the House this week, possibly giving passengers a break from ever-shrinking legroom and cramped quarters. (www.yahoo.com) さらに...

James Wall 4 年前 14
If the hotel industry treated customers as the airlines do in seeking the cheapest rates, the hotels would be renting you a sleeping bag with directions to the nearest public park.
Seat width and pitch are health and safety issues, something well within the proper realm of a regulatory agency in a vibrant capitalist economy. Requiring wider seats to reflect the growing waistlines of passengers and increased pitch to avoid DVT and similar issues, plus assuring passengers can have a strong chance of evacuating an aircraft in the terror and confusion of a major accident seem very reasonable goals—and what a responsible agency would seek.
Government agencies do not function like private enterprise. See “Bureaucracy” by Ludwig Von Mises to understand why we in the private sector have expectations in conflict with the structure and authorities of an agency. Short answer for here: In general, Agencies need the cover of their supervising body (Congress here) to take any controversial action.
返信 ↓•パーマリンク•Report 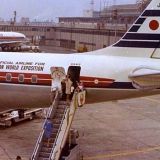 Ian Barton 4 年前 9
The lack of leg room on long haul aircraft is the prime reason I detest flying overseas these days. I'm only 6'1" and find it very uncomfortable so I can only imagine how bad it is for taller people.
返信 ↓•パーマリンク•Report

Charles Frantz 4 年前 6
Would be great for Congress to take up this issue, but Congress is driven by big money (Political) and the Airline Industry has huge amounts of Political Money. Study's have shown that Seat Pitch minimums needs to be addressed. Congress will be on the side of the Money so I do not see this issue being addressed.
返信 ↓•パーマリンク•Report

scott8733 4 年前 6
I have 21 trillion reasons to think Congress ought to spend their time taking aim at shrinking the federal deficit. Besides, those are the same people who said deregulation would solve everything-fast forward to the present day where 4 companies control 80% of the routes in this country.
返信 ↓•パーマリンク•Report

Randy Marco 4 年前 1
You can thank the Repugnant's for most of that 21 Trillion and unbridled capitalism which has created virtual monopolies in every industry.  Megamergers for "efficiency".... yes absolute efficiency in making maximum profits at the expense of the Consumer with little to no competition and to the detriment of Workers with little choice of alternative employment in a given industry.  Companies no longer have to compete for workers when a worker only has a couple corporate choices for employment.  No competition equals lower pay.

"W" started a war with Iraq based on a complete lie which has easily added 6 Trillion and counting to the deficit.  Wars equal huge profits for the Industrial Military Complex aka corporate welfare, Repugnant style corporate "profits".  Like Cheney’s former company Haliburton which decided to go into the "catering" business... to feed ALL our troops in Iraq through a NO BID contract.  It was the first time in history that the Military did NOT feed itself!

Trump & the Repugnant's just became the the FIRST Administration to add 1 trillion dollars in a SINGLE year to the defict!! The current Repugnant tax scam will add 10 trillion dollars to the deficit and they are planning part Deux to add more to the deficit, of course only to the benefit of those making over tens of millions per year.  It's now legal to write off 100% of your private jet.

If you look at the deficit charts over the last 40 years, the Democrats routinely have lowered the deficit while they're in the office and the Repugnant's have increased it.

Clinton was the last President to run a budget surplus but of course most people don't know that because all they know is about is a certain blow job.

Obama inherited an absolute mess from "W", a near depression; but, over his 8 years consistently LOWERED ANNUAL spending and the annual deficit.

The Repugnant's are the actually the spendaholics and the Democrats are now the conservatives but with the Repugnant disinformation machine running at Full Tilt with unlimited campaign money thanks to the Repugnant Supreme Court appointments voting to allow the Citizens United ruling allowing those unlimited campaign donations by the richest entities in the world (yes even foreign entities and governments can now buy our elections) you can count on more deficits and you can count on the middle class being eliminated if it already isn't. Yet counter-intuitively the middle class keeps voting the Repugnant's in office.

You can't fix stupid and the Repugnant's are doing their best to keep people stupid including siphoning off money from the public school systems to fund charter schools which of course is code language for religious schools.

Okay enough for a reality check and an actionable education lesson, now most of you can go back to your political delusions.
返信 ↓•パーマリンク•上位•Report

paul trubits 4 年前 3
What does this have to with how hard is going to be squeezing your butt into an airplane seat?
返信 ↓•パーマリンク•上位•Report 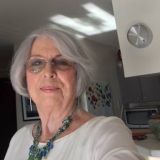 AWAAlum 4 年前 1
Ok, so after insulting just about everyone, why don't you get out there and run for office and fix the world. Clearly you think you can better than anyone.
返信 ↓•パーマリンク•上位•Report

ToddBaldwin3 4 年前 0
Your discussion would be much more effective if you could avoid childish names for people you disagree with.
返信 ↓•パーマリンク•上位•Report

Wade Martin 4 年前 -5
Obama added more to the deficit than all previous presidents combine and he is a Democrats.
返信 ↓•パーマリンク•上位•Report

Peter Ertman 4 年前 2
What a bunch of BS. Do you have a reputable citation for this fiction?
返信 ↓•パーマリンク•上位•Report

AWAAlum 4 年前 1
I get your point, except the Congress that brought deregulation has an entirely different membership today.
返信 ↓•パーマリンク•上位•Report

scott8733 4 年前 8
Other than the names, they're no different. Most scumbags aren't politicians, but most politicians are scumbags.
返信 ↓•パーマリンク•上位•Report

john Gargiulo 4 年前 4
Never happen, big money will win, I fly only when very necessary and I have accumulated over 10 million miles of flying in my career, that goodness I am retired.
返信 ↓•パーマリンク•Report 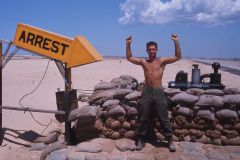 Ed Blanchard 4 年前 2
Glad to read someone is stepping in to mandate some sanity to the growing (shrinking?) seat pitch issue- even if it is the feds. It may mean higher seat prices. That's OK too: There are other methods of travel. And while they, the feds, are at it,mandate some common courtesy travel norms: Shoes that cover your feet- no flip-flops; no tee shirts; no shorts, and, no tolerance for behavior that disrespects another's space.
OK- I have awakened and no longer dreaming.
返信 ↓•パーマリンク•Report

Highflyer1950 4 年前 2
All good points, however I would not be against the idea of an FAA regulated minimum seat pitch. Then let the manufacturers build to the spec.
返信 ↓•パーマリンク•Report

wigmore hoover 4 年前 2
Long overdue....frankly the cramped seating is a major danger in an emergency....not to mention the ignominy of the cramped space. The FAA must act .
返信 ↓•パーマリンク•Report

Joseph Sede 4 年前 3
All bs. It is like when congress investigates the oil industry , nothing ever comes from it.
返信 ↓•パーマリンク•Report 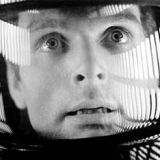 Martin Cooper 4 年前 2
Grease these the palm of these shanksters called lobbyists, and you can get cow do do server on these planes, our government is a joke, pray tell me how can someone getting these politicians' salary, and leave office multi-millionairs?
返信 ↓•パーマリンク•Report 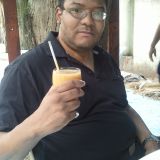 themorn2112 4 年前 2
My solution, boycott US based carriers. In my flights to Asia, the Asian airlines treat their economy passengers like human beings, vs being treated like "sardines" on US based carriers. The irony is that on the whole, Asian passengers are shorter than westerner, but Asian carriers offer greater seat pitch for their passengers.
返信 ↓•パーマリンク•Report

themorn2112 4 年前 0
Rob Brown - Same here. When I receive notifications for potential trips abroad. I automatically disregard domestic US carriers (along with Chinese based air carriers). Nothing gets the attention of business more than their pocketbooks. The last US based carrier I patronized was Spirit Airlines going to the Dominican Republic. The air carrier's nickel and diming of their customers was more than I could take, and i was incensed that the US primary carriers have/are following suit. Combined with the carrier's disregard for "passenger" rage was the straw that broke this camels back. Bottom line, no more US carriers for me (with the possible exception of Southwest Airlines) until there is more emphasis on passenger comfort and service over corporate profits.
返信 ↓•パーマリンク•上位•Report

donald kosmin 4 年前 1
C'MON DO YOU REALLY THINK THEY GIVE A DAM ABOUT OUR COMFORT. THE PRIORITY IS MORE PASSENGERS THEY CAN SQUEEZE IN !
返信 ↓•パーマリンク•Report

Andy Bowland 4 年前 -8
Is it up to congress to legislate capitalism? We are a democratic state...not socialist, right?

Plus the FAA already sets the maximum number of people on board an aircraft, which vis-a-vis, regulates the size of the seats.
返信 ↓•パーマリンク•Report

George Cottay 4 年前 8
The US is a constitutional republic. The constitution does give congress responsibility for some regulation. The great continuing debate is how much and exactly what regulation is most appropriate. Keeping the debate constructive and rational is a tough battle!
返信 ↓•パーマリンク•上位•Report

Randy Marco 4 年前 1
Ahhh... YES it IS congresses ABSOLUTE responsibility to legislate & control capitalism. Unbridled capitalism IS an oligarchy which we are real close to now!

Andy you need a basic civics education which you clearly do NOT have and Faux News is exasperating you lack of understanding!
返信 ↓•パーマリンク•上位•Report

The same fools who championed deregulation. Same government fools who shut down hacienda and other casino airlines because they were amazing and took business away from the mainline carriers. Joke. Stay out of it.
返信 ↓•パーマリンク•Report

AWAAlum 4 年前 1
You're under the impression that Congress is comprised of the same people it was in 1978?
返信 ↓•パーマリンク•上位•Report

mary susan watkins 4 年前 2
AWAALUM..out of curiosity,trying to refresh the memory, and of course our current political situation, I did a little checking online..airline deregulation was officially passed october 24th, 1978 (40 years ago),and as far as congress goes,as of 2015 (of course a few people have retired or are now deceased since this is 2018)79 members of congress had been in their jobs for at least 20 years,and 16 had been in their jobs for at least 30 years..obviously ther constituents have continued to re-elect these same people..the whole purpose of dergualtion was to promote competition and more choices for the passenger..what happened through the years was less competition because of costs and mergers,and airlines attempting to cut costs and add to passenger capacity on their aircraft..
返信 ↓•パーマリンク•上位•Report 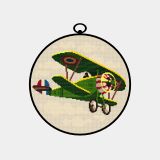 panam1971 4 年前 -2
Let the free market decide. Squeeze the people too much and they will seek alternate modes of transportation.
返信 ↓•パーマリンク•Report

patrick baker 4 年前 -1
while congress is dictating pie in the sky legroom, perhaps they will legislate increases in the width of the passenger cabin to accomodate this well intentioned idea
返信 ↓•パーマリンク•Report