September 11: FAA Closure of US Airspace

送信時刻：丁度一年（虎舞流ｗ）前
Although this animation was published 10 years ago, it gives an excellent visual of our airspace as things shut down on 9/11/01. From the description: This animation was created by NASA using FAA air traffic control data from September 11, 2001. It shows the rapid grounding of air traffic across the US, and redirection of incoming international traffic, in response to the 9/11 terrorist attacks. Time is at lower left, number of planes in the air lower right. At 9:06am, FAA issued a ground stop… (www.youtube.com) さらに...

Gage Anderson 丁度一年（虎舞流ｗ）前 35
I flew AFTER they shut down the airspace. We were a C-5 crew slated to fly to Japan from Travis AFB, CA, that morning, but that quickly changed. We had already started briefing when the first tower was hit, and then the second happened. We watched the towers crumble on TV and, since we were ready, we volunteered to fly wherever, whenever. We were tasked to fly down to Davis-Monthan AFB to pick up customs and border patrol agents and 2 Blackhawk helos and fly them out to the east coast. Flying was eerie. Very quiet on the radio. The controller cleared us direct from AZ to Dover, DE, saying “You’re pretty much the only ones up there.” We we’re glad to serve and have a good story to tell, but it’s a somber reminder of the horrors of that day.
返信 ↓•パーマリンク•Report

Bruce Pryde 丁度一年（虎舞流ｗ）前 9
Thanks for you service Gage.
返信 ↓•パーマリンク•上位•Report

James Simms 丁度一年（虎舞流ｗ）前 5
I was @ my Army Reserve unit for one day of computer training. When first told, we initially thought it was part of the training scenario; but were told to stay off the internet to save bandwidth. We huddled around a TV & watched the towers come down & sent home later, Listened to funeral type dirges on one of the public radio stations in the area. Was strange to watch The Weather Channel when they showed no flights @ all in the air. @ later drills, it was tossed abt, maybe all 10 Army Divisions being sent over @ the same time. Very sobering, especially since I had been mobilized & deployed to Saudi Arabia for Desert Shield/Desert Storm.
返信 ↓•パーマリンク•上位•Report

ANTONIO REINHOLZ 丁度一年（虎舞流ｗ）前 2
Thanks for being there for us...
返信 ↓•パーマリンク•上位•Report

Ken McIntyre 丁度一年（虎舞流ｗ）前 9
I've heard, but I can't confirm this...On 9/12, the busiest airport (flight wise) in the nation was Grangeville, Idaho. There was a forest fire nearby, and firefighting with tankers was allowed to continue. Under fighter oversight.
返信 ↓•パーマリンク•Report

James Simms 丁度一年（虎舞流ｗ）前 2
Was just looking @ it on Google Earth. Looks like it’s closed w/ “X’s“ laid out on both runways.

Heard of instances where air amubulance helicopters were allowed to fly after consultations.
返信 ↓•パーマリンク•上位•Report

Ken McIntyre 丁度一年（虎舞流ｗ）前 2
I looked and sure enough, it looks like it's closed in that image. However, that image is over three years old. Looks like the runway was being resurfaced then, there is construction equipment visible. All the news items I could find on google did not mention a current closure.

I've thought about this for a while, it must have been a former Cascade Airways pilot, now a bush pilot for the back country, that told me that trivia tidbit. He flies out of there frequently.
返信 ↓•パーマリンク•上位•Report

Meanwhile, our airport was full, planes lined up on the closed runway, people putting up travelers that were all of the sudden stuck in this shitty little town. The rental car companies reported multiple people were jointly renting cars so they could drive to one person's destination, and the next person would take over driving to their destination. People were actually being nice about it too. Interesting....

Our local hospital had over half of their emergency docs stuck in Orlando. They were about to get on a plane headed home from a convention, and they had to rent a minivan and team drive the 20 hours to get back.
返信 ↓•パーマリンク•上位•Report

yatesd 丁度一年（虎舞流ｗ）前 5
That is an utterly false claim and you should be ashamed for making it.
返信 ↓•パーマリンク•上位•Report

Ken McIntyre 丁度一年（虎舞流ｗ）前 2
It was a good day to be on the ground. I was working on a federal project, we were ordered to halt our operations and go home immediately. After the project was secured, we were allowed to return two days later. Security was incredibly tight, no non-federal vehicles allowed in the gates.
返信 ↓•パーマリンク•上位•Report

bbabis 丁度一年（虎舞流ｗ）前 16
We were on a short trip and halfway between departure and destination when ATC told us to land. Unfortunately, not knowing what was going on, we convinced them to let us continue to our destination instead of going back home. We found out what was happening as we saw the second plane hit the towers shortly after walking into the FBO. It was a long rental car ride home as we knew life and flying had changed forever. I think it was 5 or more days before we could go back and get the Lear.
返信 ↓•パーマリンク•Report

yatesd 丁度一年（虎舞流ｗ）前 7
The plan they executed to get everyone down was called Security Control of Air Traffic and Air Navigation Aids (SCATANA). SCATANA was a relic of the cold war and originally developed to get traffic out of the way of our bombers and fighter interceptors and to control navaids that might be used as an exploit by the enemy or for navigation. First and only time it was used, besides an exercise.
返信 ↓•パーマリンク•Report

James Simms 丁度一年（虎舞流ｗ）前 4
FAA Head was on his first day on the job. Took some serious cojenes to do that on your first day.
返信 ↓•パーマリンク•上位•Report

Braniff77 丁度一年（虎舞流ｗ）前 1
On Tuesday night I happened to catch a show (I don't even know what it was called) where they had the United Airlines dispatchers talk about that day. Pretty fascinating. They said that it was one of the chief UA dispatchers who first decided to ground all United planes. When the FAA noticed it and verified it with United, they decided to ground all planes not long after.
返信 ↓•パーマリンク•上位•Report

AWAAlum 丁度一年（虎舞流ｗ）前 5
I was at my desk in America West HQ in Tempe, Az, with a window facing north, and an up close view of the Sky Harbor glide path. I sat mesmerized, tears rolling down my face, watching planes streaming in, the time between growing longer and longer. Until - there were none. You could have heard a pin drop. Everyone still in shock. A sobering experience piled on top of heartbreaking events.
返信 ↓•パーマリンク•Report

Don Mills 丁度一年（虎舞流ｗ）前 5
We had been vacationing in Mid Coast Maine when that happened, and went back home to New Brunswick (Canada) three days later via Ottawa, where both our daughters live. The skies were quiet, but the crossing from the US back into Canada at the New York Ontario border was quite intense. First time we had ever seen both the military and the police at border crossing, and all heavily armed.
返信 ↓•パーマリンク•Report

siriusloon 丁度一年（虎舞流ｗ）前 5
Major airways are overhead my location and there are lots of contrails all day. It was such a strange sight to see clear blue skies without a single one.
返信 ↓•パーマリンク•Report

SmokedChops 丁度一年（虎舞流ｗ）前 3
that was my observation as well. empty skies. Central Iowa corridor along and south of I-80 usually has lots of ORD to DSM, DEN, OMA, LAS traffic.
返信 ↓•パーマリンク•上位•Report 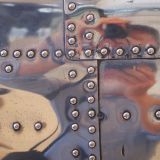 John Gerty 丁度一年（虎舞流ｗ）前 4
I worked in a hospital only 3 miles from the end of 27L. Any time of day you could see at least a dozen aircraft in the sky. By 11:00am on 9/11 the silence was deafening. There were planes lined up all over the airport.
返信 ↓•パーマリンク•Report

Diane Radtka 丁度一年（虎舞流ｗ）前 4
Thank you for your service!
返信 ↓•パーマリンク•Report

mtpiper 丁度一年（虎舞流ｗ）前 4
My uncle lives in central Iowa and was talking to another guy about the events of the day. The guy says "Sure is strange to not see any air traffic overhead". My uncle looked up an said "There's some. Looks like a 747 and a couple fighter jets!". It was President Bush on the way from Offutt AFB back to Andrews.
返信 ↓•パーマリンク•Report

gnecht 丁度一年（虎舞流ｗ）前 4
This area of the Midwest is under a lot of routes to Chicago O'Hare. There's always SOMETHING going over. Except on that day.
返信 ↓•パーマリンク•上位•Report

sharon bias 丁度一年（虎舞流ｗ）前 6
A picture's worth a thousand words. This says it all.
返信 ↓•パーマリンク•Report

paul baker 丁度一年（虎舞流ｗ）前 3
I was flying with a student near statesville when I heard a female pilot flying a jet call statesville unicom about an emergency landing.I called to find out whaat the problem was.statesville informed me that all aircraft had to land at the nearest airport .I figured if I did, I would be stuck there for a whiles I told him that I was nearer 14A lake norman my home base where we were we were grounded for some time.
返信 ↓•パーマリンク•Report

matt jensen 丁度一年（虎舞流ｗ）前 3
We had just refueled in Deer Lake when we were told to stay put. We broke out the camping gear, tents - cook set and let the pax have the motel rooms.
返信 ↓•パーマリンク•Report

Melissa Pappas 丁度一年（虎舞流ｗ）前 5
Kalitta quickly obtained the necessary approvals from the government and secured contracts with the USPS and the DOD. After the terrorist attacks on September 11, 2001, when airports were closed and all flights were grounded, there was one plane in the sky that night that was not an F-16 fighter. It was a Kalitta Air 747 hauling relief supplies from the West coast to aid disaster workers. In 2003 Kalitta was awarded a Certificate of Appreciation for support of the Enduring Freedom and Iraqi Freedom Operations and Kalitta continues to support the USPS with scheduled flights delivering mail and packages to the soldiers in Iraq and Afghanistan. (From the Kalitta Air LLC webpage)
返信 ↓•パーマリンク•Report

Jimmy Robinson 丁度一年（虎舞流ｗ）前 4
Many do not know this, but there were some civilian aircraft flying after 9-11 in addition to military aircraft. The Civil Air Patrol was talked to do aerial surveys of New York and were the only civilian aircraft in the air.
返信 ↓•パーマリンク•Report

bbabis 丁度一年（虎舞流ｗ）前 2
The same time lapse from the next day would be intersecting to see.
返信 ↓•パーマリンク•Report

Braniff77 丁度一年（虎舞流ｗ）前 1
I was working in midtown Manhattan that day. We heard what was going on and went down to the street where we could see the towers burning. They told us all to go home, but all the transit lines were shut down, so it wasn't easy to get off the island. While waiting on line for a ferry on the West Side, we could hear fighter jets overhead, but they were moving so fast that we never saw them.
返信 ↓•パーマリンク•Report 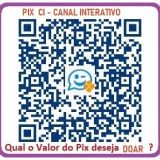 SmokedChops 丁度一年（虎舞流ｗ）前 -3
--Not entirely sure what this has to do with closed CONUS airspace on 9/11/01 as discussed in the original squawk post.

Azul received on Thursday (12) from Embraer the world's first aircraft E195-E2, which consumes 25% less fuel than the previous version of the model. With the expected economy, the airline plans to operate on new routes and install wi-fi on board all new aircraft from January.

According to the airline, some destinations were not economically viable. “On some routes, the Airbus A320 is very large, and the E195 is expensive. The E195-E2 can make these flights possible, ”said Azul's founder and chairman David Neeleman.

Azul's president, John Rodgerson, has already announced that the first route of the E195-E2 will be from Campinas (SP) to Brasilia (DF), and that the route from Campinas to Natal (RN) should be created. “Our goal is to create between five and six new destinations per year. We want to double the number of passengers over the next five years, ”he said.

Rodgerson said the planes delivered from January next year will come with Wi-Fi installed. "We do not have internet pricing plans yet, but it will cost close to zero," he said.

The first aircraft to receive the internet will be an Airbus A320, starting in November. "But the adoption of the internet on Embraer aircraft will be faster because they will already leave the factory with the system installed," 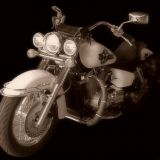