Incident: British Airways B767 near London on Nov 9th 2015, engine shut down in flight

送信時刻：5 年前
A British Airways Boeing 767-300, registration G-BZHA performing flight BA-632 from London Heathrow,EN (UK) to Athens (Greece), was climbing out of London when the crew stopped the climb at FL200 reporting a suspected fuel leak had prompted them to shut an engine (RB211) down. The aircraft returned to London Heathrow for a safe landing on runway 27L about 55 minutes after departure. (avherald.com) さらに... 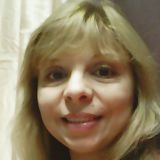 Célia Sousa 5 年前 1
I wish all news about airplains incidents were like this, whith happy end.
返信 ↓•パーマリンク•Report

tony evans 5 年前 1
Put it this way, If I was on any aircraft with 2 engines and one went out it would be a VERY BIG DEAL
返信 ↓•パーマリンク•Report

Ralph Takach 5 年前 1
I recently flew on a 767-300 from Atlanta, GA to Paris, France and very happy to say that both engines functioned for the entire trip. I know that one engine is very safe, BUT, I still prefer TWO.
返信 ↓•パーマリンク•Report

Patrick McAuley 5 年前 1
I don't think the issue is the engine. They shut the engine down due to a suspected fuel leak. The Air Transat flight comes to mind. I assume they could isolate the fuel flow going to the engine and that's why it was shut down. Regardless, the pilots would still want to get back on the ground.
返信 ↓•パーマリンク•Report

Stefan Sobol 5 年前 1
Awhile back a BA 747 had an engine fail on takeoff from LAX. The captain decided that the most suitable airport was LHR, and continued on his way. If it weren't for declaring a fuel emergency and landing at Manchester (and the subsequent press reports) the public probably wouldn't have taken any notice at all. The FAA took a dim view of the pilot's actions, but the CAA said he did nothing wrong.

Granted a 747 has 4 engines vs. two on a 767. However, the captain of the BA flight felt confident enough to continue the flight with one engine out for an unidentified reason (as far as the pilot could tell, he couldn't know why it surged) for thousands of miles. It would seem to be that shutdowns of modern engines are basically non events.

Patrick McAuley 5 年前 1
The FAA took a dim view because it was a non-American crew and airline. Just kidding. In reality, all authorities and airlines would rather the pilot err on the side of caution. The pilots could not be 100% certain as to the engine failure. LAX to LHR is a huge quantity of fuel on board to dump/burn off prior to return to LAX. That's a long haul with the potential for many delays, re-routings, I think he's very lucky to of made it to Manchester.
返信 ↓•パーマリンク•上位•Report

Murray Cooper 5 年前 1
Re-open Manston (Kent International) Airport as soon as possible so incidents like these can safelt land reducing the risk of flying back all the way to London!!!!!
返信 ↓•パーマリンク•Report

30west 5 年前 8
What's your source on the numbers 10 to 255 engine shutdowns per week and also, in what type of operations? Just curious.
返信 ↓•パーマリンク•上位•Report

jbqwik 5 年前 6
chalet gotta be a troll. But I'll bite.
The macho 'No Big Deal' comment is juvenile. First of all, *any in-flight shutdown is, in fact, a big deal. No matter whether auto, manual, or fault, any shutdown is highly irregular.
Secondly, the statement, "10 to 255" is laughable. Why not just say "zero to infinity"? That's not a statistic, that's a WAG.
Yeah, chalet is a troll.
返信 ↓•パーマリンク•上位•Report

chalet 5 年前 -8
It is a typo, 25 is the bigger number. If you don't read all the various authoritative webpages dealing with the numerous "-no-big-deal" engine shutdowns, it is your problem. @btweston and jbqwik do you have any friends, just asking (LIMAO you jerks)
返信 ↓•パーマリンク•上位•Report

dpadhye 5 年前 2
Can you mention at least few of these 'authoritative web pages' that publish weekly stories of in-flight engine shutdowns?
返信 ↓•パーマリンク•上位•Report

btweston 5 年前 6
It's a big enough deal for your silly ass to take the time to comment.
返信 ↓•パーマリンク•上位•Report 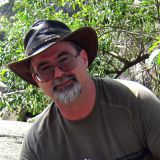 alan curtis 5 年前 3
Don't have the statistics for all types of aircraft over the entire world, but even your revised 10-25 per week seems high for "major commercial carriers" given this report from GE Aviation (http://www.geaviation.com/press/ge90/ge90_20120119.html):

As the Boeing 777 aircraft grew in size thus requiring higher thrust engines, customer demand for the GE90 soared. The GE90-115B engine, developed for the 777-300ER and 777-200LR, entered service in 2004 -- the best service entry for any large GE engine at that time. The engine has continued its stellar performance with an in-flight shutdown rate (IFSD) of 0.001, which means only one engine IFSD per one million engine flight-hours.
(end quote)

With the statistics on "more than 10 seats commercial flight hours" (http://www.iii.org/fact-statistic/aviation) being about 17,500,000 hours/year, if they were all as good as the GE90-115B engine, that would be 17.5 per YEAR, not week. So unless the average engine is circa 50 times worse, then this is a some what rare event. (since it was afterall, on a large commercial aircraft). Granted, 1.5 per month isn't all that rare, but noteworthy none the less.
返信 ↓•パーマリンク•上位•Report